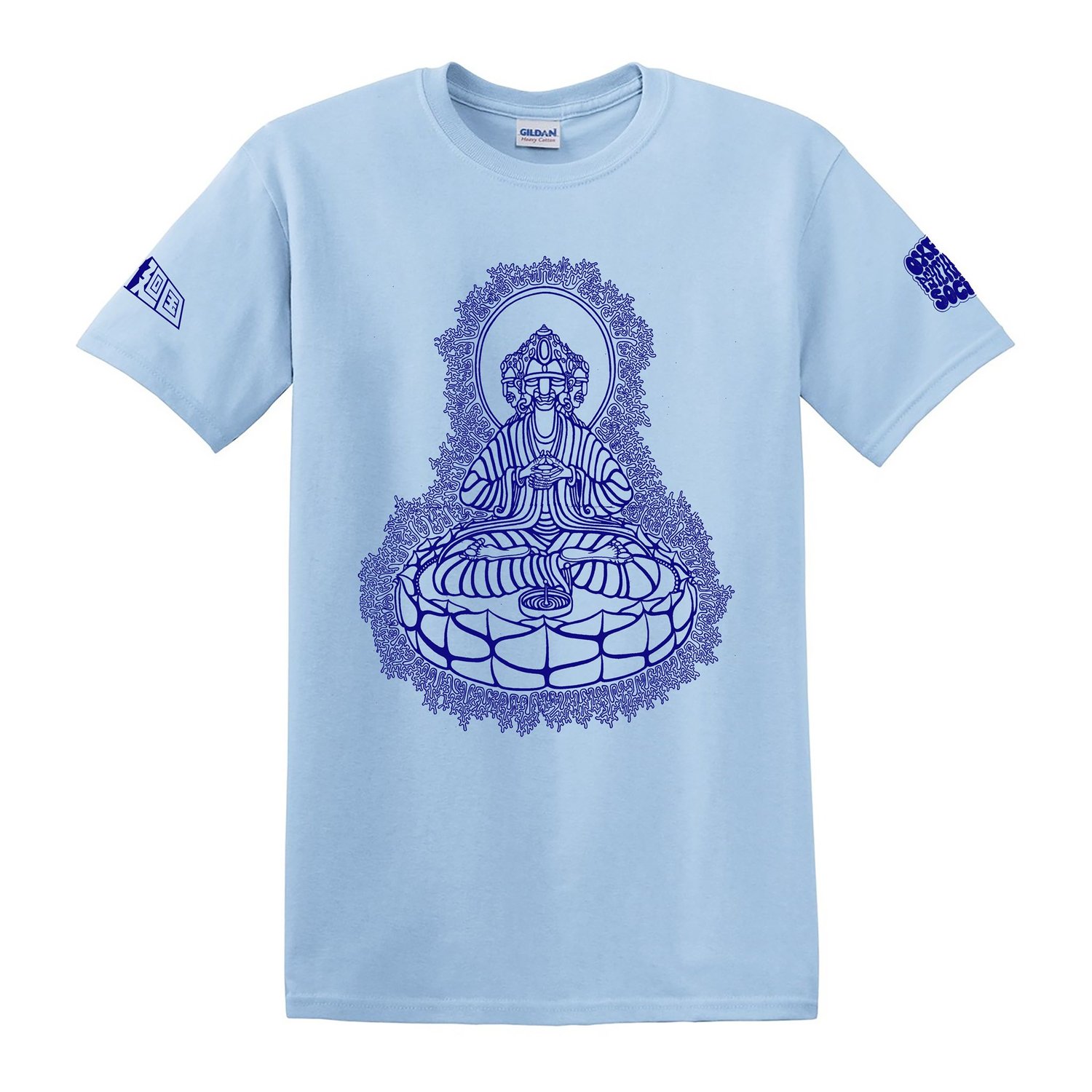 OPS has commissioned Cujo Cussler, the rising star of contemporary UK psychedelia, for Trimurti, a three-headed psychedelic ascetic, to commemorate our film screening of Great Buddha Arrival. Our Trimurti T-shirts come in three colours! Get yours at our web shop (link below) 🕉️

Although Cujo largely remains as a mysterious figure in the UK psychedelia scene, he is best known for his cover graphics for Psychedelic Press volumes – he transforms his artistic inspirations from Indic mysticism, street art, abstract expressionism, neoplasticism and deconstructivism into dark cosmic psychedelia.

His psychedelic art is also a reflection of Worcester’s underground UK bass scene, where he is known as Guerilla Monk ☯️ OPS has collaborated with Cujo for Trimurti (‘having three forms’), the special three-headed version of his signature subject matter of the cosmic ascetic 👳